SemiNex Corporation announces the appointment of Paul Hartung, former President, CEO and Chairman of Cognoptix, as its newest Board member. 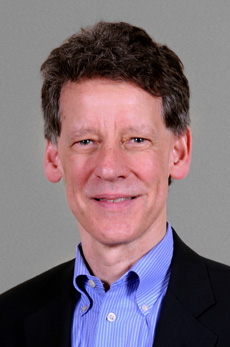 “We are very fortunate to have Paul joining our Board of Directors,” said SemiNex President and Chief Executive Officer David Bean.  “He brings to us an impressive business background with an extensive knowledge of the laser and medical industries.  He will be a valuable asset to our Board of Directors.”

Hartung is a long time life sciences executive with a proven track record in launching successful startup businesses and leading organizations within Fortune 500 companies.  Most recently Hartung was President, CEO and Chairman of Cognoptix where he raised over $32 Million in Angel and VC funding to develop an innovative eye scan for early detection of Alzheimer’s disease, leading the company from concept through clinical trials, with outstanding Phase 2 results.

“I am pleased to join the Board of SemiNex, with its industry-leading semiconductor lasers, designed to address significant unmet needs in healthcare and other markets,” shares Paul Hartung.  “I look forward to helping the company drive its growth.”

Upon graduating from MIT with an MS Degree in Mechanical Engineering, Hartung began his career as an Advanced Manufacturing Engineer at General Electric Company and received the FW Taylor Award of CIRP for his research.

As Director of R&D at Laser Fare Ltd., Hartung developed new laser processing techniques for the medical device industry as well as other applications.  While at Trumpf he developed high power automated laser systems for industrial applications.  At Summit Technology, a leading developer of the LASIK procedure, he was responsible for the manufacture of medical laser systems and consumables for vision correction.  Hartung was involved in a number of mergers and acquisitions, and directed global operations and new product introductions as Senior Director at 3Com Corporation, and then became Vice President of Operations at Winphoria Networks, a successful mobile communications startup acquired by Motorola.

In addition to the SemiNex board, Paul serves on the board of Medical Development Group (MDG), a leading medical technology professional organization, and the Business Advisory board of Metria Innovations, a leader in real-time motion tracking systems.  As well as mentoring entrepreneurs at MIT Venture Mentoring Service, Mass BioTech Council’s MassCONNECT, Tech Sandbox and The Capital Network, he is an active speaker, author and inventor on a number of patents.