WHAT IS A HIGH POWER LASER DIODE?

A high power laser diode is made when an intrinsic semiconductor’s electrical properties are altered by introducing impurities to the surface of a crystal wafer. When semiconductor layers meet, charge carriers combine and the electrical current in the laser’s energy is released as light. High power diode lasers are small and light and require very little power. The laser’s power output is what defines it as “high power.” Most commercially available lasers have power outputs of milliwatts, whereas a high power laser diode has a power output of watts.  SemiNex supplies laser diodes with power outputs between 3 watts and 25 watts. 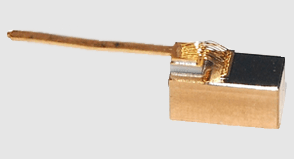 FREE SPACE OPTICS AND THE USE OF HIGH POWER SEMICONDUCTORS

THE MEDICAL AND COSMETIC INDUSTRIES AND HIGH POWER LASER DIODES

Medically, high power laser diodes can be used for noninvasive surgery and to make small incisions in the skin to minimize scarring. Researchers hope high power diode lasers can also provide heat therapy for the treatment of leishmaniasis, a disease which causes flesh wounds, although more research needs to be completed to determine what wavelengths would be most beneficial to leishmaniasis healing. Using a high power laser diode for heat therapy would help treat the wounds from leishmaniasis quickly and efficiently, especially if used nction with the traditional treatment for leishmaniasis, Sodium Stibogluconate.